Showing posts from March, 2021
Show all

The Dream state: Are we living in a dream? 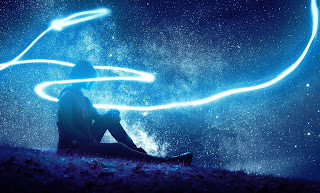 Recently I had this idea about the future, in which we could live a character in a movie. A truly immersive experience that would be! Imagine being a character in your favourite movie and seeing the world through his eyes. I also watched a k-drama recently that was called “Extraordinary You”. Its concept really fascinated me. A girl discovers that she is living in a comic book as a character whose fate is dependent on the writer’s whims! The brighter side to the story was that her character was determined to find a way to change her story by acting in between the scenes. So imagine watching/living a truly immersive movie like that in which you can live the life of the character and you *have* the power to change the story by acting in between the scenes.  Now a question arises that, “If we can imagine and create such an experience in the future, what makes us think that we’re not currently living in one such movie?” Remember the whole so-called theory of living in the matrix? It make
Post a Comment
Read more

A call to all earthly beings 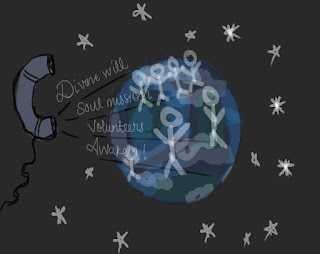 | The divine call | A call was sent out from the universe to all the consciousness on Earth to raise their vibration. This broadcast was taken up by the souls & the superconscious state of all human beings and the higher selves of every soul started collaborating with their lower levels to bring in events in their lives that ultimately leads them to being awakened beings. The contents of the call were simple-: 1. To declare your sovereignty as a soul, a unique divine blueprint.  2. To start sharing your wisdom to all others you come in contact with. This made the soul embark on its mission.  That means no more hiding your uniqueness. If you love a particular or a different thing then the call asks you to fully embrace your uniqueness and let it manifest into the world through you.  You could be the one picking up on this transmission from years ago. Your soul is finally realizing its true potential. Its time to shine your light the brightest and remember the call you once answere
Post a Comment
Read more

The beginning: My spiritual database

Blog logo As more and more people are going through their spiritual awakening, I feel like it’s time for each of us to start sharing our experiences as a soul to the whole world. We all could help each other complete their own puzzles by finding pieces of inspiration and resonance in another’s words. This is my effort to sharing my experiences so that the information reaches to the person who needs it. Look around and see if this place makes sense to you.  My posts will contain artworks so that I keep a vivid imagery of the messages I share in my memory.  Thanks for reading. - Skee
Read more
·

Skee
An active observer of reality